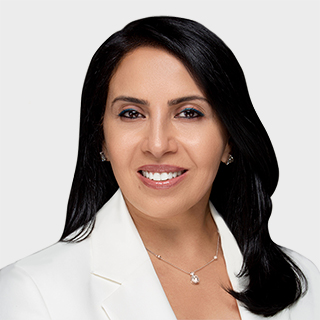 Deputy Governor and Member of the Board of Directors, Central Bank of Kuwait since September 2022.

Prior to her appointment as the Deputy Governor of the Central Bank of Kuwait, Sahar Al Rumaih has held key positions at various large banks in Kuwait - with a career spanning over 33 years in banking and finance. Al-Rumaih started her career in corporate banking and credit at two Kuwaiti banks, before moving to a large commercial bank in Kuwait in 2000. At the bank, she worked extensively in corporate credit, as well as retail banking and international banking segments. She served as the GM of the Corporate Credit Division between 2011 and 2018, leading the bank’s participation in key infrastructure projects launched by the State of Kuwait. During this time, she was additionally appointed head of Retail Banking Division from 2015 to 2018, overseeing milestone project launches by the Bank, including smart banking services. As the Deputy CEO of the Bank from 2018 to 2021, Al-Rumaih headed the Bank’s Corporate & International Banking Divisions responsible for its strategy across all business verticals. As Deputy CEO, Al-Rumaih also held various board and committee positions, both in executive and non-executive capacity, including ALCO, Credit, investment and Board Loan Committees as well as all of its’ steering and focus committees. In 2021, she moved to another major bank headquartered in Kuwait, as Deputy CEO for Corporate Banking Division.